We know people are going through a lot – our families included. We’re reaching out to our whole network to wish you health and happiness this year. And to thank you for your continued support of our mission to end the incarceration of women and girls – whether you’ve ridden in a caravan with us, come to a virtual event, called your legislators, sent a postcard to demand clemency, or talked to your neighbors at a community canvas. We appreciate you.

We’d love to connect with you again, so please check out all the exciting events and volunteer opportunities we have coming up this month!

As you may know, we filed the Jail and Prison Construction Moratorium Bill (S2030 and H1905) this session. The bill would stop the state from building or expanding jails and prisons for 5 years so during that time we can focus on releasing women, implementing real community-based alternatives, and investing in what communities need to thrive: housing, treatment, healthcare. 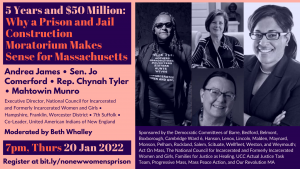 Next week, we have a great opportunity to come together and hear more about the Moratorium Bill! Please join us at our virtual forum on January 20 at 7pm with our founder and leader Andrea James, Indigenous organizer Mahtowin Munro, and our bill’s lead sponsors Representative Chynah Tyler and Senator Jo Comerford.

You can register here: https://bit.ly/nonewwomensprison – hope you can make it! #NoNewWomensPrison

We’ve been spreading the word about our bill by doing community canvasses in key districts and found that most people don’t know the state is planning to build a new women’s prison. And when they hear about it, they’re with us: the last thing we need is another prison.

This is a critical moment for our legislation as we push to get the Moratorium Bill out of committee. We need folks to help us fill canvass shifts to educate people about the bill or you can do outreach by text and phone banking. We’ll make sure you get all the info and training you need!

Can you help us advance our bill by signing up to take action?

And it’s always helpful for you to call your own State Rep and Senator to say you support the Jail and Prison Construction Moratorium Bill. You can find a script and more information here: nonewwomensprison.org

While we’re fighting to stop the new women’s prison, we’re creating what different looks like. Our #ReimaginingCommunities work is growing: we distributed fresh veggies all summer, we’re expanding our guaranteed income program in 2022, we’ve purchased a mobile office, and our hydroponic farm is landing soon in the Humboldt Ave neighborhood! 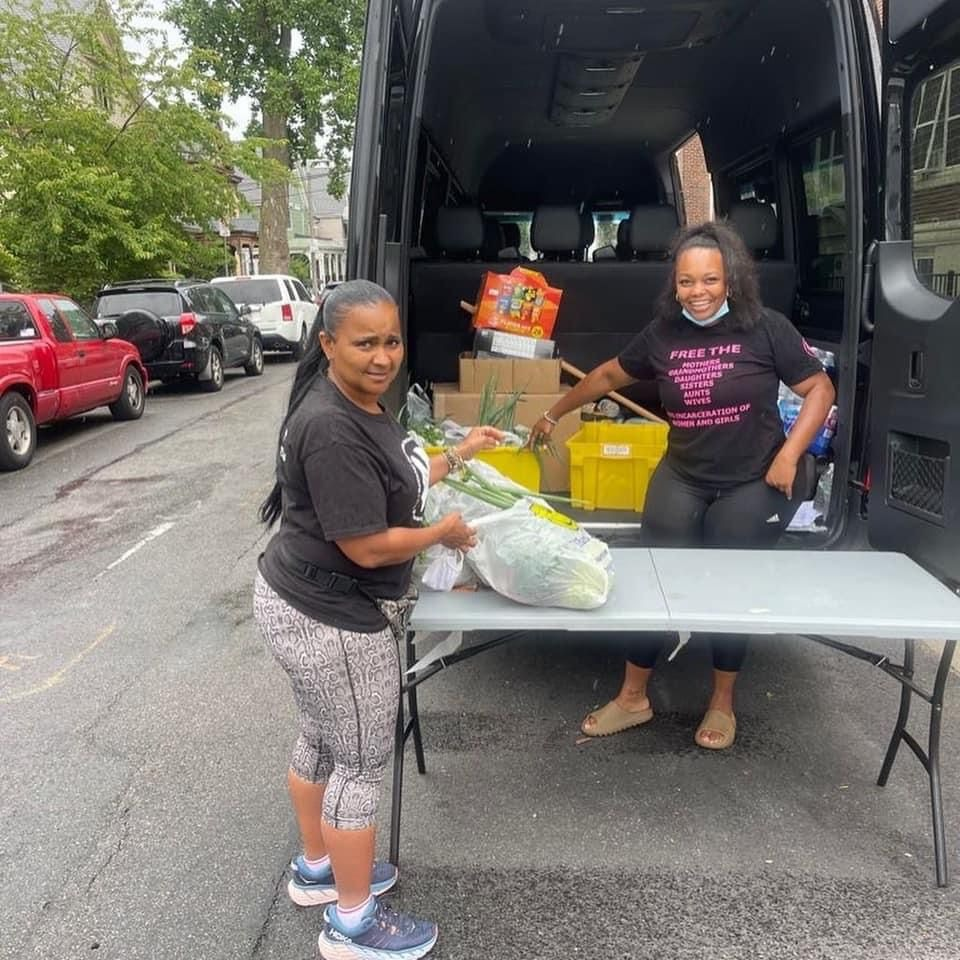 Over the next two years, we are leading a campaign to end the incarceration of women and girls in MA. We can be a model for the rest of the country! Passing this Moratorium Bill is one key step along the way. There are so many ways to be involved, so we’ll stay in touch! We look forward to working with you to #FreeHer!

Families for Justice as Healing and The National Council 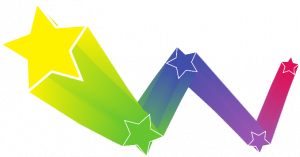 Our Organization, Boston Project Rebound Reentry Services has been operating through the COVID-19  by serving our clients and New intake by zoom Teleconferencing software, if you would like to contact us by zoom or telephone. our contact page will list all the ways of  contact.

If you would like to video chat via zoom, please contact us by phone or email to set up an appointment with our Executive Director or Director of Reentry Services

WE ARE CURRENTLY MEETING CLIENTS IN PUBLIC LOCATIONS WITH THE USE OF MASK, HOWEVER THIS MAY CHANGE DUE TO CDC AND MASSACHUSETTS STATE LAW. PLEASE CHECK BACK ON THIS PAGE FOR NEW UPDATES 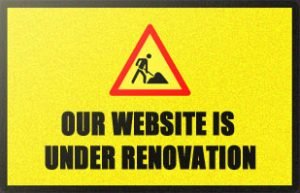 Some of our website pages will be and are currently under renovations to make the pages with links more easy to navigate categorys to find the link you are look for. i hope you enjoy the new change… please let me know what you think by sending me email to the following email address stevenprovost570@gmail.com 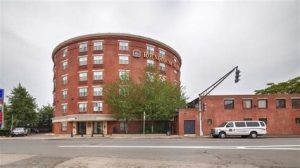 The controversial plans to house homeless in a Methadone Mile hotel are on the ropes after a rocky closed-door meeting, with the main proponent saying she’s thinking twice in the face of “clear community opposition.”

Porter’s Victory Programs has been in the process of using state grant money to lease out what’s known as the “Roxbury Roundhouse,” a shuttered Best Western hotel at 891 Massachusetts Ave. That’s right in the heart of the rough “Mass and Cass” or “Methadone Mile” area, a worsening haven for violence and open-air drug dealing and use.

The plan, backed by a state grant and a city kick-in, would put 14 to 35 people who are currently living on the streets nearby into “transitional housing” to stabilize them and then get them out of the area.

Porter said that a contentious Friday-night virtual meeting for certain local advocates and officials made the “clear community opposition” even more evident. As they’ve told the Herald, locals worry that the Roundhouse plan will simply add to the troubles in the South End, and they say it flies in the face of the longstanding push to “decentralize” addiction services out of Mass and Cass.

“I’m not going to say, ‘community opposition be damned, I’m going with that anyway,’” Porter said, acknowledging the uncertainty.

She does maintain that the plan overall is a good one, and that the hotel building would be a highly secure and important way to help get people off the streets and into a recovery process.

And Porter insisted that when she first started working on this plan several months ago, multiple state and city officials agreed with her. Porter declined to name names, but said, “There were elected officials who were behind the idea who have since changed their tune.”

She said her next steps would be to talk to those people and see what happened.

This week, City Councilors Frank Baker and state Rep. Jon Santiago, who both represent the area, and City Councilor Ed Flynn, whose district is right nearby, all told the Herald they didn’t like where the plan was headed.

Flynn after the meeting told the Herald the locals in the South End and Roxbury “deserve to have their voices heard and respected. That did not happen.”

Porter said she also needs to check with the city and see if it still plans on kicking in money.

The move to rent out three floors of the hotel and house the couple dozen people currently would be paid for mostly with a state grant from January — but with the city making up the “funding gap” that comes from the decision to lease out the whole hotel, as VP has been in negotiations to do.

And there’s the real rub. What concerns many locals much more than Porter’s stated purpose is the specter of the idea that the city has its eye on turning the whole 200-room hotel into a giant shelter right on Methadone Mile.

And while Porter says those aren’t her plans at all, she said she understands why people are worked up.

“I don’t have anything to say to alleviate that concern,” Porter said. She insisted that she is the one doing the negotiations over the property lease — not the city — but, “It’s not like I can say the city is out of this.”

And further, she, like some neighbors, noted that Boston Heath Chief Marty Martinez at one point recently said it would be “unethical” for all those other beds to remain open in an area where so many were homeless — a comment that stoked neighbors’ fears that the city would try to “shoehorn” more people into the Roundhouse.

But Porter said for her purposes, “I have no capacity to be able to staff, run and operate any of the other rooms” outside of the two floors of transitional housing and one of congregate usages.

Martinez, who leads the city’s approaches for Mass and Cass and opioid efforts in general, told the Herald on Friday that the city has “no plans” to pack people into all the rooms, and that’s not what’s happening. He said Acting Mayor Janey’s administration supports Porter’s plan, and insisted VP is in the driver’s seat.